Baar (CH)/Hildburghausen (GE), 11. October, 2022 – The physical relocation of the production line for the future series production of battery packs by LION Smart Production GmbH, a wholly owned subsidiary of LION E-Mobility AG for the production of electrical energy storage systems and lithium-ion battery system technology, has begun. To this end, the first nine “40-ton trucks” have now reached the new LION production facility in Hildburghausen. In the end, there will be about 60 trucks that will have transported the entire production plant the approximately 310 kilometres from the previous location in Lower Bavaria to Thuringia.

Once assembled, the individual parts would make up a production line with a total length of more than 100 metres. However, the plant is compactly designed for an area of 30 x 50 metres in several different production steps. The entire production hall has a size of 2,500 square metres. A high-bay warehouse with an area of 1,425 square metres is also located on the site.

A battery every five minutes

The future LION production facility is trimmed for high performance. Almost 4 million battery cells can be assembled in the factory annually. This corresponds to a capacity of 156 battery packs per day or 40,000 packs per year, which can be assembled in 2-shift operation. Under full load, a completed and fully tested battery would be able to leave the production halls every five minutes.

For this purpose, the assembly of the battery packs from LION will be almost completely automated in the future. Only a few manual operations are required at the six individual stations; the rest is done by modern high-performance robots. The storage capacities for the battery cells used are also high. In order to be able to serve customer orders on a large scale, the production site has space to store up to 18,000 battery cells.

Even though battery assembly has a high degree of automation, the training required for assembly and subsequent operation of the production plant is still enormous. The various qualification phases with the support of the current operator of the production plant as well as the manufacturer of the machines will take about 20 weeks. In the end, the training and qualification measures will have amounted to 800 working-days. About 500 documents containing production processes, work instructions and other documentation will be available to the employees.

Dismantling at the current location of the production plant in Dingolfing, Lower Bavaria, will be completed by the end of October. Assembly in Hildburghausen will be complete by mid November. After that, the qualification phase can begin, and the plant can be put through its paces in trial operation. The first LION battery packs “made in Thuringia” are expected to be delivered in February of next year.

“We at LION are happy that after the intensive conversion work of the past weeks since we took over the site here in Hildburghausen, the assembly of our first own production line for the series production of battery packs can begin. We still have a lot to do before the first LION batteries leave the factory. However, due to the high level of commitment and comprehensive know-how of our team, we are more than confident that we will be able to start series production just in a few months,” says Winfried Buss, Managing Director of LION Smart Production GmbH. 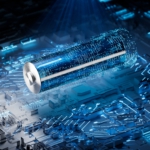